For more information on the Blaugust Initiative, you can click the link HERE and join in on the fun this month!

About 97% of the time, this blog is going to be full of happiness, stardust, giggles, and funny anecdotes.

Then about 3% of the time? There will be rants. There will be irritability, and I’m going to use this blog to its full potential and just vent. I made the blog as a platform to document all the times in my life, and with some highs there’s going to be some lows and I’ve acknowledged and accepted that.

I hate being mad or being cranky. I mean I REALLY LOATHE being negative, and just negativity as a whole. It happens though; it reminds me that I’m human and for the 355 days I’m on the up and up? There’s going to be at least ten days in the year (give or take) where I’m generating aggro. Why is this the case? Could be a myriad of reasons; someone could’ve pressed one of my wrong buttons, I’m overwhelmed by things happening to me IRL , my genetic make up as a female could be playing a role, there’s a drama llama situation I’d like to cut the cord on or the most common culprit: I slept like shit. Today… I slept like shit.

In my line of work and what I do sometimes it involves me engaging in travel that has me timing and calculating sleep to try and accrue 6-7 hours total, or having to accommodate to someone’s travel itinerary. I’ve been doing this for about five years so I’m acclimated to it by this point. In cases much like this morning I go to bed at a decent hour the night before, I wake up before the sun’s come up, do some last minute tweaks and checks to make sure Person X is in their car and en route to the airport, and oversee that their international flight is going to take off with minimal issues. Then at this point I’m fully awake and have to force myself back to sleep to pick up an extra hour or two before getting ready for work. That…. that right there is the stickler. Back when I was a wild seed and had a crazy schedule of getting up from sleeping and then slipping cat naps in between, it was a non issue.

Now? As I’ve grown up and matured I’m thankful I can fully operate at a mere 8 hours sleep. Ask anyone who knows me and they’ll tell you I am a living, breathing catgirl. I’m at peak performance when I have 9-10 hours of sleep including naps in me. I worried at one point that maybe I carried a nutrient deficiency or a form of depression because of this, but after seeing my doctor and getting tests and bloodwork done he could safely conclude that all was well body wise. I just really like to sleep and I’m good at it when I get it.

“Alright Ali we get it. You’re tired. What’s the point of this post?”

…. someone buy and teleport me this bed to sleep in right meow. >_> 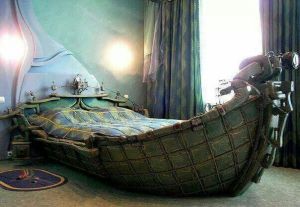