The holidays is always a crazy time for me since my office closes up shop for two weeks for Christmas break. Primarily this cuts into the time I have most weeknights to go home and relax, and REALLY cuts into my game time during the week. I make it a priority though to not let it affect the really important things in my life like Samo-chan, my family and my friends so if you see me less in FFXIV these next few weeks? I’m sorry. I promise I’ll be back once the dust settles.

Plus in this last week alone? I’VE DONE A HECK OF A WHOLE LOT. The weekends have basically become the time I get to stream online on Twitch and play games with viewers and new watchers. Luckily last night I had some downtime to be able to work on Pizza Maid some. I recently got into a new anime (for me) called “Kaicho wa Maid-Sama!” and the main protagonist, Misaki Ayuzawa, is basically my spirit animal for a myriad of reasons. I had one bottle of Fantasia left so inspiration took over, and now Pizza Maid and Misa-chan are one in the same. So for a short submission for #IntPiPoMo, here’s the new and finalized Pizza Maid! I couldn’t be happier, and she couldn’t be lovelier: 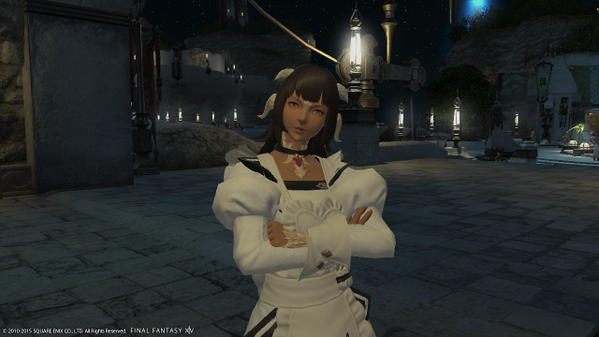 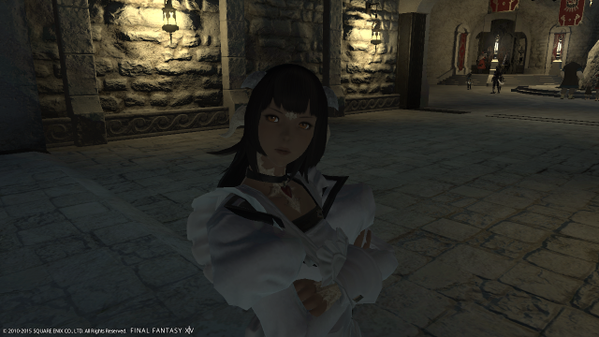 I primarily made her a Raen Au’Ra for three reasons; One? Her actual name fits Raen lore conventions. Two? Samo-chan now has his Au’Ra other half on Ultros. And three? Misaki is known to be somewhat “demonic” in her mannerisms and disposition in the anime. Having horns makes sense.

Why the inspiration for a Pure White maid outfit? I suggest you watch the show and find out why.  😉

Lions, Tigers, and Otomes OH MY!

A few weeks back a friend and I were back and forth in discussion on Twitter and she had mentioned how she really wanted to put together a podcast dedicated to otome games and the community. Now a few years back I was a podcast host on two podcasts with my friends so I knew the work it would take to put one together, but also remembered all the fun and laughter we shared when hosting. It’s a lot like riding a bike; Once you start, it’s something you never really forget.

So I said to my beloved Sushi Geisha… LET’S DO IT. We gave ourselves a one month lead time to set up and prepare show notes, news bytes, our format, and even audio testing and video layouts. From the intro theme music to the visuals seen while streaming the show live? We did it together as a team, and I couldn’t be happier.

The podcast is called “Heroines of the Cherry Blossom” or CBHeroines for short. You can find us streaming the show live every Friday at 9:00pm EST. If you miss it though due to time zones or a previous commitment? Fear not. We upload each episode for viewing on YouTube, and you can also listen to the show online on iTunes, Soundcloud and hopefully Stitcher too!

While waiting for episodes also you can catch updates and news on the show on our Twitter, or you can reach out to Sushi Geisha or myself directly!

Let There Be Trophies!

Oh man there’s FFXIV, podcasts… you got enough time Pizza-sama? YUP. AND I PLAN ON USING IT WISELY.

This week I got a care package in the mail from this handsome fellow I know (nameless or not you know who he is) and in said package I was excited to see a new Gundam set for us to work on! 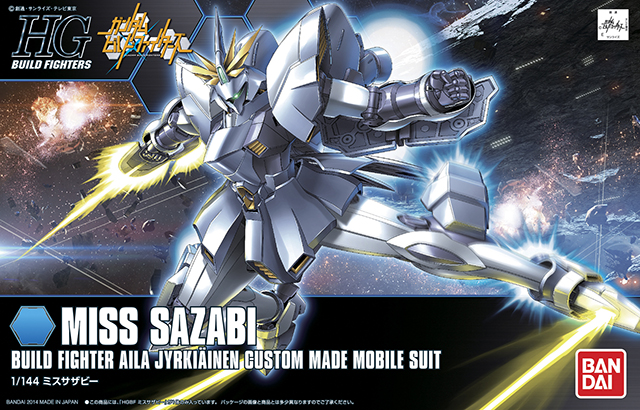 The thing was… the box… looked frumpy. Not in the sense that it was damaged or anything. It just looked as if something was in there that didn’t fit.

So I opened up the box and inside with the Gundam pieces…. WAS A PS VITA. IT’S SAMODEAN’S PS VITA.

He said how he knew I was still a little heartbroken about being Vita-less from the last move and all and how so many of the otomes and games I want to play are for the PS Vita that it’s no longer his PS Vita, but OUR PS Vita. Now according to him I can “play all the sexy vampire boy” games I want! Thank you handsome!

Got a recommendation I should pick up? Leave a message in the comments and LET ME KNOW! I’ve got some serious gaming to do over the holiday break in a few weeks! ^_^